You know your American history. You know that Betsy Ross designed the American Flag and that Francis Scott Key penned the Star-Spangled Banner during the British bombing of Ft. McHenry during the War of 1812. Think those are all the facts you will need to know to win a July 4th trivia contest this year? Think again. These 14 facts about the 4th of July may surprise you (and make you the interesting Independence Day parade-goer in your community this year).

Interesting Facts About the Fourth of July 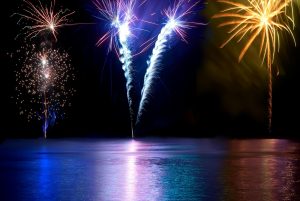 This July 4, enjoy a hot dog, sip a sparkling cooler, watch some fireworks, and don your best red, white, and blue attire. You have earned the summer off and the right to celebrate everything unique about our exceptional nation.